There are various places of worship in the area but we have just listed those actually in Kilmorack/Beauly which are the closest to Kilmorack and are the local parish churches. There are other Church of Scotland Churches at Struy and Cannich and Catholic at St.Mary’s, Eskadale. For other faiths it may be necessary to go to Inverness.  It is a sad fact of life that so many churches in Scotland are now art galleries or re-purposed to other uses. For those with an interest in ancient churches a visit to the restored Kirkmichael Church on the Cromarty Firth would be of great interest.

The Church of Kilmorack and Erchless, Church of Scotland :  Web Site 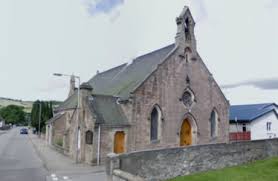 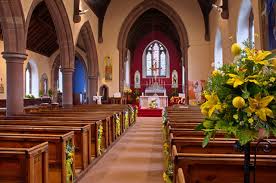 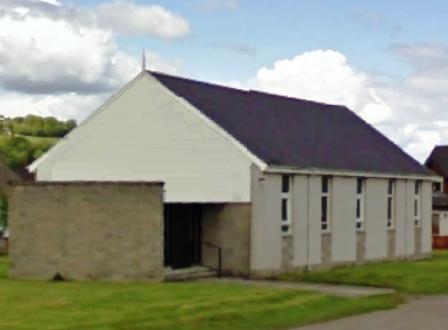 Christian Churches in Scotland could have been formed to confound the most informed followers of the faith but for information and excluding Catholic, Methodist, Baptist and Salvationists the list is long:

Of interest is this report from Kilmorack:

This is William Howitt’s testimony written in 1838:

We thought ourselves fortunate in August 1838, when we happened to fall in with the celebration of this annual ordinance in the Highlands. We were at Beauly, about a dozen miles west of Inverness, on Sunday morning, and were enquiring of the landlady of our excellent inn how far it was to the celebrated Falls of Kilmorack.

“Oh,” said she, “it is a bare two miles, and you will be just in time to see the Sacrament administered there in the open air to the Gaelic congregation.”

Most of the people were on foot; none was barefoot. On week-days we saw scarcely a woman with shoes or stockings; but today, none was without. And, with the exception that hardly one had a bonnet on, the young women were not much to be distinguished from those of our smartest towns. They all had their hair neatly braided and adorned with a comb of tortoiseshell. Many of them had silk gowns and handsome worked muslin collars, others were dressed in white . . . .

Just where the river issues from the cliffs overlooking the salmon leap, there juts out a lofty piece of tableland. That is the burial ground of Kilmorack, and there, as we approached, we beheld upwards of a thousand people collected, and conspicuous in the bright and varied hues of Highland costume. ‘ We stood, and, for a moment almost imagined we were come upon a band of ancient Covenanters. A more striking picture we never saw.

‘We entered the burial ground through a dense crowd and seated ourselves on the low wall built on the edge of the precipice over the river. Beneath a spreading tree near the garden wall stood booth of wood. From this booth the minister was now addressing the assembly while two other ministers occupied a seat behind him.

‘On his left stood his little kirk, and, on the green knolls above, his manse, and a few Highland huts . . . ‘A more serious and decorous congregation never was seen.

‘When those who had gone forward communicated, the minister again addressed them, and they retired from the table, and a fresh company took their place. Another minister then came forward and there followed a new succession of psalms, prayers and addresses.

‘We left about three o’clock, but were told that not till six o’clock would the service close. ‘Shortly after we left, the distant voice of the minister and the wild cadence of the Gaelic psalms, like the breezy music of an Aeolian harp, reminded us that it was a sacred anniversary of a grave and religious people.’